You are here: Home / Breakfast / The Easiest Sourdough Cinnamon Rolls

These fluffy sourdough cinnamon rolls are so delicious! Soft, buttery and swirled with cinnamon and brown sugar these are perfect for a scrumptious breakfast or a indulgent snack. Best of all? They are also really easy to make and a great way of getting started in trying sourdough recipes!

These sourdough discard cinnamon rolls are a dream! They are cinnamon-y, soft, buttery and airy. They have a bit of a tangy flavor thanks to the sourdough and so easy to make. They are also sweet but not in an overpowering way.

Are you wondering, What is sourdough bread supposed to taste like? Or, is sourdough sweet? Sourdough bread is supposed to have a sour taste. It’s made with natural yeast, which can make it slightly sweet. When you combine the slight sour, tangy taste with sweeteners and spice the flavors combine beautifully and the bread turns out amazing!

I paired them with a soft and creamy cream cheese frosting, but that’s totally optional. These sweet cinnamon rolls are delicious on their own. The cream cheese, however, pairs heavenly with the tanginess and spiciness of the bread dough, trust me when I say these are so delicious you’ll want to eat the whole batch yourself.

How to Make the Easiest Sourdough Cinnamon Roll:

This is a super easy recipe so it’s perfect if this is the first time you even bake with sourdough! The sourdough added makes these the best cinnamon rolls!!

Q: Can you freeze cinnamon rolls?

A: Yes! Once they are baked and cooled you can keep them in your freezer for up to 3 months. Once you are ready to eat them just pop them in the oven for around 20 minutes and they will taste just like freshly baked!

You can also freeze them right after the rising stage. Just keep in mind that they will need to thaw in the fridge overnight before baking the next morning. I prefer to bake mine first, and freeze any leftovers.

Q: Can you make them without an active sourdough starter?

A: Yes! While they won’t technically be a sourdough starter cinnamon roll you can also make them with commercial yeast. Just sub the sourdough active starter for 2 teaspoons of yeast.

Q: Is the double rising necessary when making cinnamon buns?

A: Yes and no. The double rise makes your cinnamon buns lighter and more delicate. You can skip the second rise and your rolls will come out fine, just not as delicate. I definitely advise to do double rise if you have the time, it’s totally worth it!

Q: Can you make these as overnight sourdough cinnamon rolls?

A: Yes! You can roll up the buns and put them in the fridge overnight after the rising step. In the morning, they can go right into the oven or they can be set out on the table to come to room temperature before cooking.

Whip up the cream cheese topping, too, so it’s all ready to put together in the morning. Just make sure you keep the frosting in the fridge until you’re ready to use it.

Q: What else can I make with sourdough starter?

A: Sourdough starter can be used to make breads, pancakes and other baked goods!

Connect with Simple Sweet Recipes on your
favorite social channel for more recipes! 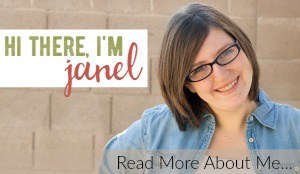